Kirsten West, The Culinary Explorer, is an international chef and cooking instructor. Her more than 25 years of studying the Mexican cuisine included traveling to the different regions of the country. Her teachers were many wonderful Mexican home and professional cooks, as well as authorities of the cuisines such as Diana Kennedy and Rick Bayless, with whom she collaborated for 8 years.

Her fascination with the culture of Mexico started at age 12 in history class, taught in her native Germany. On her first visit to Mexico, with the intention to explore the archeological ruins, she unexpectedly fell in love with Mexican food. The rich offerings at the markets she visited surpassed anything she had ever seen. With the realization that this most fascinating cuisine in the world had influenced the cuisines of Europe and Asia in a profound way, it became the passion and fascination of her food studies. It will never cease to amaze and surprise her.
___________________________________________________ 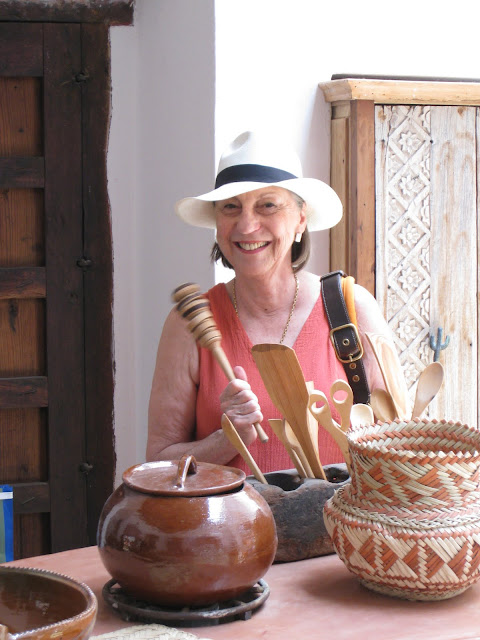 My friends all think I moved here from: The US, which I did three years ago, via San Francisco, Los Angeles and Chicago. But I am German, and was educated in Germany and Denmark. In order to learn English, I took a job as an au-pair girl in the US, which eventually morphed into a long-time cooking career. First as a private cook, then with an eight-year concession at the Renaissance Pleasure Faire in San Francisco and Los Angeles selling strawberry crepes - on a good day I'd sell 2,500. That was a lot of batter to whip by hand, since there was no electricity or running water on the faire site! At that time I lived in a remodeled UPS truck, but the nomadic life eventually lost it luster. I finally settled in L.A. in a converted brewery, where I started a catering business and taught cooking classes for the UCLA culinary program.
Stateside, I told people my occupation was: Chef and caterer, which is actually very unglamorous - and at times excruciatingly hard - but I was simply born to cook! As much as I tried to escape via other job stints, I always came back to cooking. Through a catering client, who is Mick Jagger's banker, I ended up becoming Mick's private chef for 4 years when he was in L.A. recording music. He turned out to be one of the nicest clients I ever had. He is smart, funny, and unpretentious, and lives way below his means. I introduced Mick to Mexican food - the first was an Oaxacan mole (chichilo negro) we served to a guest from Oaxaca. When the guest asked for a doggy bag, Mick declined with the remark "Certainly not, we will recycle this dish on Saturday!" After 15 years I sold my catering business and accepted an offer from Chef Rick Bayless in Chicago (the foremost expert on authentic Mexican cuisine in the US) to become the recipe tester and researcher for his upcoming cookbooks. My love for Mexican cuisine - which I cultivated with studies, a 20 year friendship with Diana Kennedy, and many trips to Mexico - landed me on my culinary Olympic. For eight years, I devoured Rick's 600 Mexican cookbooks and prepared thousands of his delicious recipes, which are now all part of three of his seven cookbooks.
In San Miguel, I wanted to reinvent myself as: I didn't really need to reinvent myself, I just pooled all my experiences into the job I was first offered here in SMA: general manager for Sazón, the high-end tabletop store and cooking school. I addition to my deep knowledge of Mexican cuisine, I had earlier been a tabletop designer at Nieman-Marcus in Beverly Hills, and apprenticed in an award-winning pottery in Germany. After one and a half years here, I ventured out on my own - now I can teach Mexican cuisine and cater small dinner parties to a wider range of people, and have time for my research travels.
Here is how I describe the perfect night on the town in San Miguel: I love to take a walk around town during what the French call l'heure bleu. The night is starting to set in, the day's pace slows down, and the lights turn on in the streets and stores. This is the perfect time to enjoy a drink on one of the rooftop bars and watch the final rays of the day sink into the horizon. A hearty bowl of pozole at La Alborada is always very comforting and strengthens me for my walk up the steep hill to my casita, where on a clear night I can star gaze from my terrace.
I'd love to support all our local charities, but these are special to me: I give all my support to CASA (Centro para los Adolocentes de San Miguel de Allende www.casa.org.mx ). Recently I cooked for their fundraising Thanksgiving dinner, serving 150 guests. My personal cause is to encourage the replanting of amaranth, an indigenous and highly nutritious grain that thrives with minimal amount of water and fertilizer.
My favorite personality in San Miguel? Don't tell, but it's: My landlady, Betty Kempe shares a long history here, similar to to Martha Hyder (both from Fort Worth), whose style spurred my move to Mexico. Betty always surprises me with her SMA stories, beginning with her move here in the late 1950's as a young widow with three little girls. She is a true example of living history in SMA. And I can't forget mi amiga, Angeles Peiñado, who is eking out a living with her rancho, and relentlessly works to better the lives of her fellow rancheras, always with a big beaming smile and a bear hug. She is my hero. 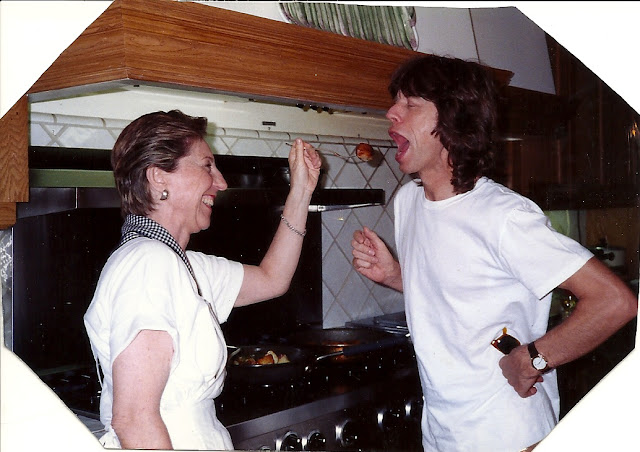